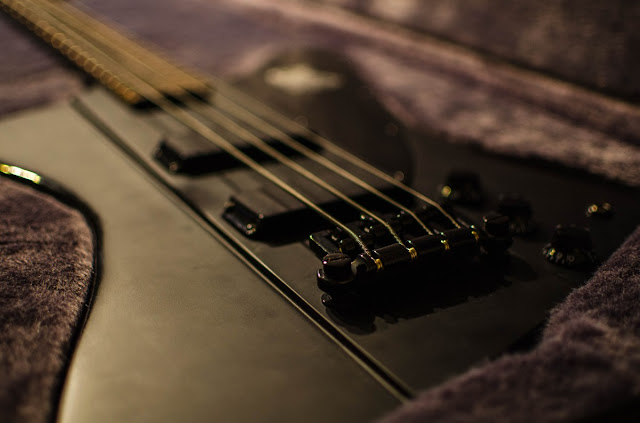 Ever wonder what a guitar "tab" is or means? Look no further.


Tab (or tablature) is a method of writing down music played on guitar, bass, drums etc. Instead of using symbols like in standard musical notation, it uses ordinary characters and numbers. Tablature is possibly the best way to learn music for those who don't know special music notation. Reading tabs is easy, you won't have to go through this lesson twice.

Guitars usually have 6 strings (there are 7-string and 12-string guitars also, but we'll ignore them now). The first thing you have to know is the names of all the 6 strings. The top string is the thickest string, and it is called the 6th string or E-string because it plays E note at open fret (when you don't hold down any frets and just pick the string), assuming standard tuning. The next string is called 5th string or A string for similar reasons. The other string in order are 4th or D string, 3rd or G string, 2nd or B string and 1st or e-string(thinnest string). As the 1st and 6th string are both E notes, we distinguish the 1st string by writing it in a smaller case "e".

As you can see, guitar tabs aren't as complicated as you may have thought. In fact, using guitar tabs can often speed up your learning curve and overall satisfaction with the guitar.
Explore: Acoustic Guitar Electric Guitar Free Guitar Lessons Guitar News Guitar Tabs Tablature 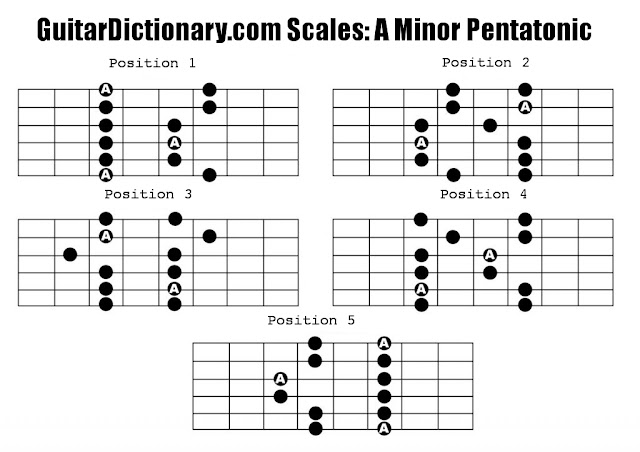 Check out the A Minor Pentatonic scale in all five positions. Remember that position one starts out with your index finger on A, at the fifth fret on the E string.  Notes in the scale: A C D E GFurther Lesson: A Minor Pentatonic Fretboard Diagram 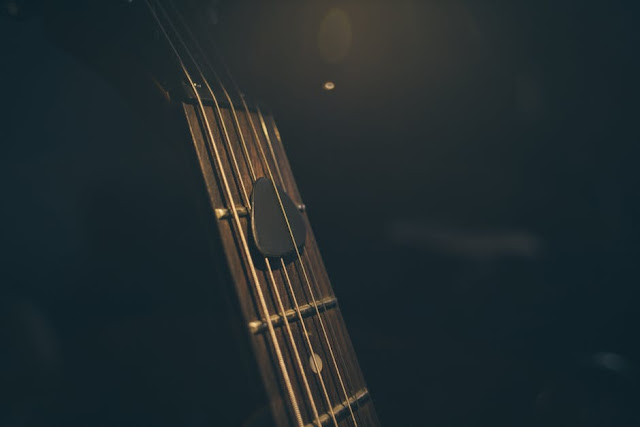 The Essentials: Notes count alphabetically from A to G

In western music, notes are written out as the letters A - G. The notes proceed alphabeticall as you would expect. After you get to G, the notes cycle back to A but a higher-pitched version, also known as an octave As you move down the fret board towards the bridge and body, you cycle down the notes. An E is, therefore, higher up the fret board than an F, and a G, and then the octave of the original A.
The note on the scale before is considered lower. So a B is lower than the next C, and C is lower than D two frets down.The note that occurs next is a higher note. An E is a higher note than the earlier D.